Germany won the 2013 NATO Championship, which was held in Rynia, Poland from August 12-16.

The United States team finished tied for 4th. Dan Ranario led the American contingent with 5/7 and tied for 6th place among individual players.

Chess Mates owner/Army Captain/NM Arthur Macaspac, who has been serving in Djibouti, and is due to return home in late September, had 4.5 points and tied for 8th.

All 287 games in ChessBase format. 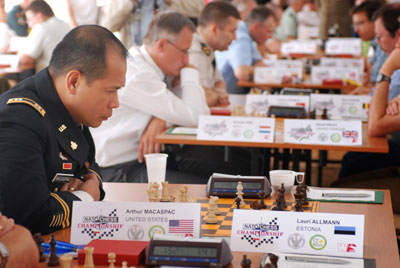 Posted by Chess Coroner at 8:34 PM