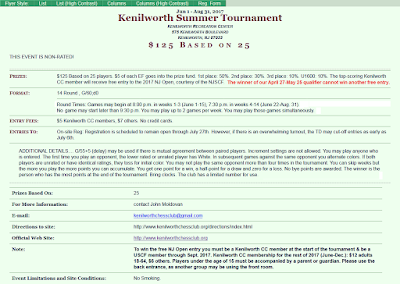 This year, in addition to cash prizes, a free NJ Open entry will be awarded to the top-scoring KCC member, courtesy of the NJSCF!