The Kenilworth Summer Tournament will be starting on May 3rd, a month earlier than in previous years. 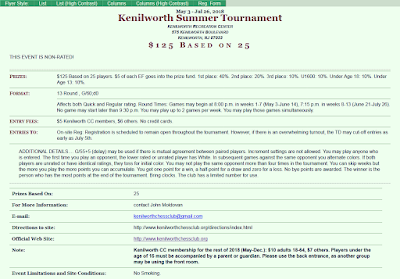