Dr. William J. Morris, one of my opponents in Section 3 of the 20th U.S. Correspondence Chess Championship Semi-Finals, passed away on November 24th.

Although we didn't keep in touch after our draw, I will remember Bill as being one of my friendliest correspondence foes. During play, we sent messages back and forth, and after I offered to split the point on 12/24/2012, in the position below, ... 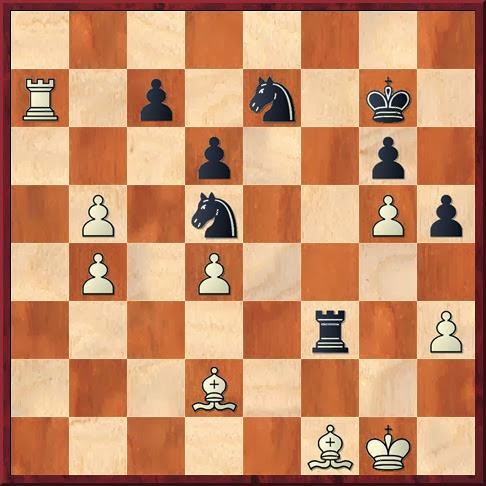 "I would be rather foolish not to accept, given the position/material + of a Pawn, albeit isolated, doubled. And, your 2 B's vs my 2 Kn's. However, I am not sure that the Bishop pair is any advantage in this Pawn structure. Have never played 2 B's vs 2 Kn's in an endgame that I can recall. Nonetheless, Black has no opportunities to better himself, given the lack of a complete blunder on White's part, and I do not believe that will occur. So, I accept your gracious offer, given that I am unproven here, Black, and lower rated.

John, thank you for being a good and conversational opponent. I wish you well in the other games here and will be pulling for you. Only Weiss has been as friendly, but then, he's from South Bend! And, I do have to beat him in order to have a chance of advancing! Young Biedermann seems to be the likely candidate for a win in this section, (He played a French against me), but I suspect that 3 wins will be necessary to have a chance at the final. I'm thinking I have a good shot drawing Harry, and Jones as I  have White there. But, as I said, I'm new here. So what do I know?!

Good luck, and again, a good Christmas and a very good New Year."

Morris had 3/5 and an equal Rook ending when he died.

He will be sorely missed.
Posted by Chess Coroner at 2:19 AM 1 comment:

A reminder, the Kenilworth CC Championship begins on Thursday.

The Canada-USA correspondence match is underway and we are currently in free time. Days used before January 17th will not be counted.
I am playing on board 3 (!) against 2324-rated Craig Sadler.

See the sidebar for game links.

Addendum 1/6 @ 1:57 a.m. - There is a 5-move transmission delay in effect. So, those who plan to follow the games won't see anything until White plays his 6th move.
Posted by Chess Coroner at 4:42 PM 1 comment:

Tonight's Kenilworth Chess Club meeting has been canceled due to weather and travel concerns. 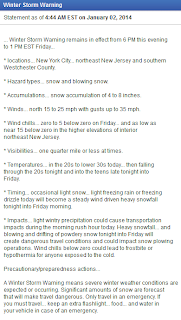 Posted by Chess Coroner at 7:33 AM No comments: