Bob Sherry snapped these photos during Thursday night's opening round of the Kenilworth Championship: 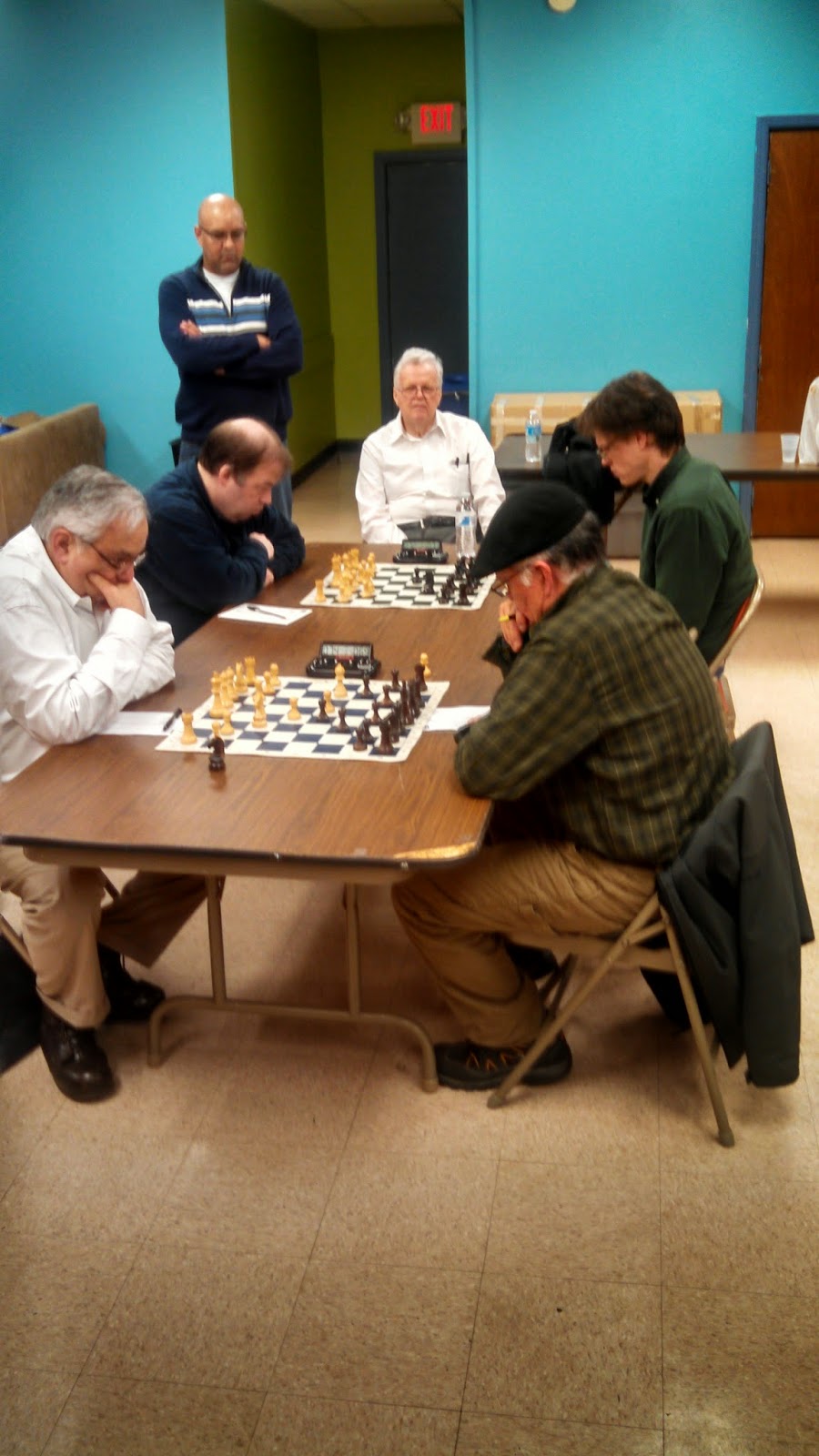 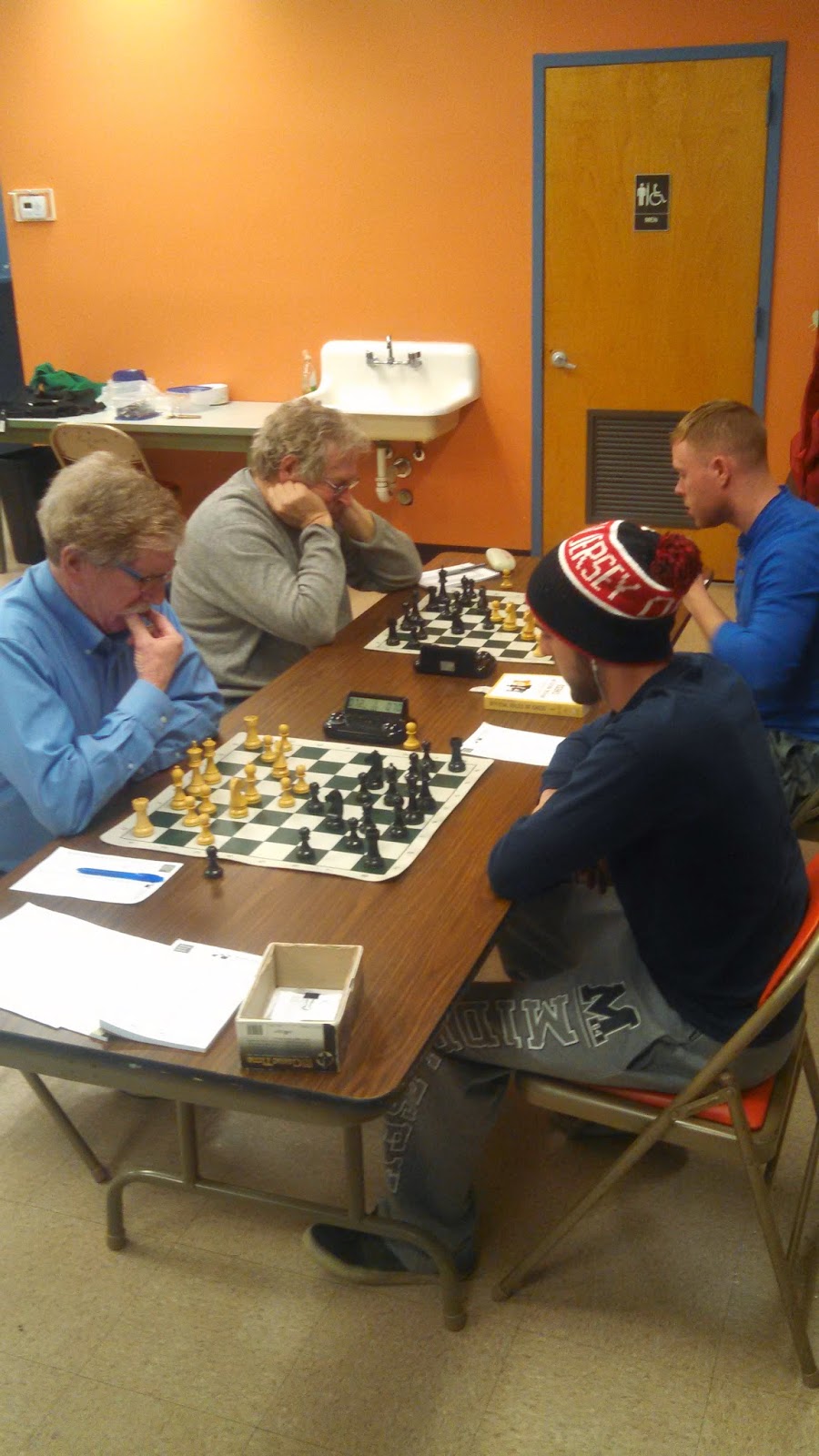 Geoff McAuliffe vs. Joseph Pergola III (front) and Paul Gottlieb vs. Bruce Mason.
Posted by Chess Coroner at 8:47 AM No comments:

With just 10 players taking part, the event has been reduced to 4 rounds and been made a 1-section swiss. It is now slated to run thru April 16th.

The 1st round pairings, by board were:


Late-joins will be accepted until the start of round 2 on Thursday, April 2nd.

No results or pictures have been received, as yet, but I can tell you that White was clearly winning on boards 2 & 4, after 40 minutes of play.
Posted by Chess Coroner at 6:57 AM No comments:

The 24th Kenilworth Chess Club Championship will begin on Thursday, March 26th, 2015 and is scheduled to be 5-7 rounds in length.

Here are the details :

18 players took part in last year's event.
Posted by Chess Coroner at 1:16 AM No comments:

Regarding the lack of information from the Kenilworth CC:

You'll have to ask the current President why...

1. There has not there been a single post on the Kenilworth Chess Club blog or the KCC Tournaments blog in 2015.

2. There has not been a single message circulated from the KCC's e-mail account since January 8th. (Btw, that one was not sent to me.)

The necessary login ID and password to do the aforementioned was shared. What's the fucking problem?

It's not my place to be sending e-mails out for the club but I can and will blog about the upcoming Club Championship on Kenilworth's blogs, in addition to this one. Somebody has to.
Posted by Chess Coroner at 1:13 AM No comments:

Long-time Kenilworth Chess Club member Leon Hrebinka passed away on Sunday, at the age of 80.